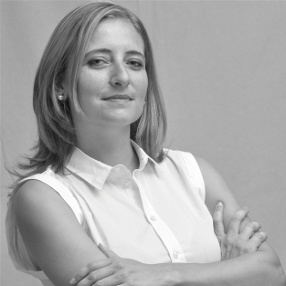 Carolina Madeleine has dedicated her professional career to the management of international projects in the areas of higher education, international cooperation and public diplomacy. In 2005 she joined the OGPI team, since them she has implemented projects in over 45 countries in Latin America, Africa, Asia and Europe for HEIs, Ministries, International Organizations and Civil Society. She worked as secondee for the EFQM in the Communication department and as EFQM Excellence Award team in 2006. From 2010-2012 she worked for the Spanish Ministry of Foreign Affairs in Casa Mediterraneo as Coordinator of Social Affairs and Public Diplomacy. Having studied in France, the Netherlands and Spain, she received a BA in history and literature from the University of Montpellier, a Master’s degree in International Relations from the University of Amsterdam and a Master’s degree in Human Rights from the University of Barcelona.